Yongergnow’s aviaries are custom built for Malleefowl, and enclose areas of bush which are natural

Malleefowl habitat. The large aviary was built by Commercial Netmakers at the same time as the centre itself. It measures 36m by 36m and 6m high. It was originally built at 10m high, but it proved impossible to maintain the roof at that height. Hence, the roof was lowered in 2016 with generous support of Lotterywest, Great Southern Development Commission, the Gnowangerup Shire, the Yongergnow-Ongerup Community Resource Centre, a very generous private donation and volunteer support.

The smaller aviary was built in 2011 by Commercial Netmakers and volunteers, with funding generously provided by Lotterywest. It is 16m by 16m and 5m high.

Both aviaries are vermin-proof with an apron around the bottom to stop animals from digging into the aviary and a floppy apron to prevent animals climbing the aviary. The majority of the walls as well as each roof are built from orchard netting to minimise injuries to birds colliding with walls or the aviary roof.

The Yongergnow Sanctuary which was established in 2014, covers approximately 5ha of native bush, and is surrounded by a state of the art vermin-proof fence. It provides protection to our Malleefowl aviaries and Malleefowl chick raising pens as well as to all wildlife which inhabits this area. With the absence of predators we occasionally carry out flora and fauna surveys within the sanctuary. 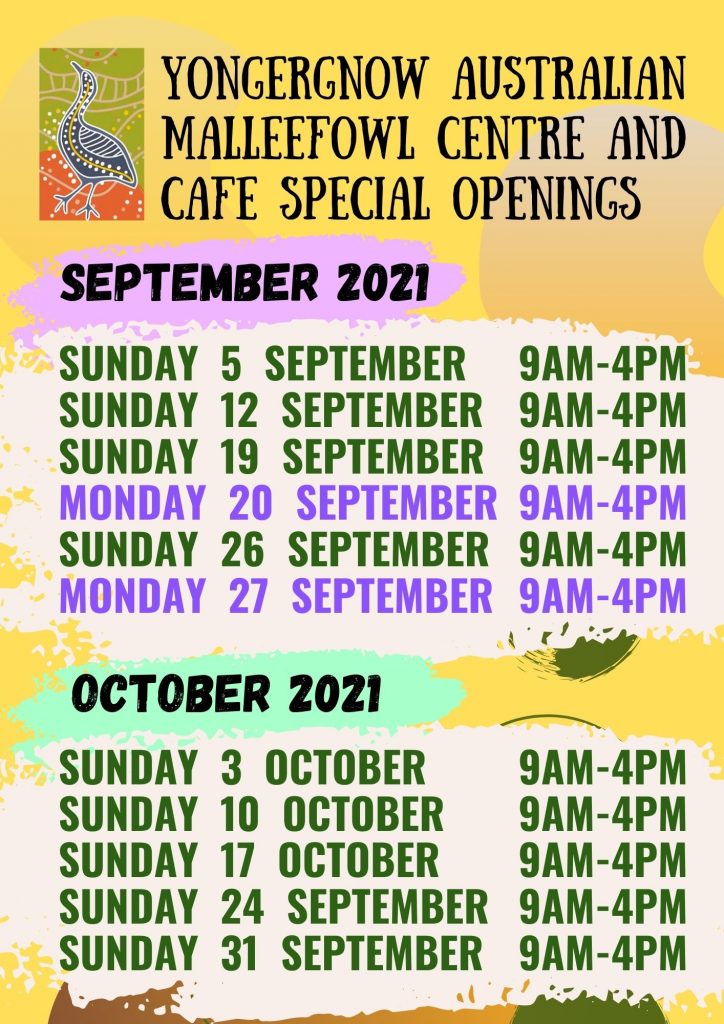